Saw these 2008-09 Upper Deck Legends Masterpieces while waiting in the Wal-Mart checkout aisle.  For a $1.50 each I figured I would pick up three.  I purchased a pack of these before and thought that the cards had an interesting take.  All portrait cards of a variety of players and historic moments. 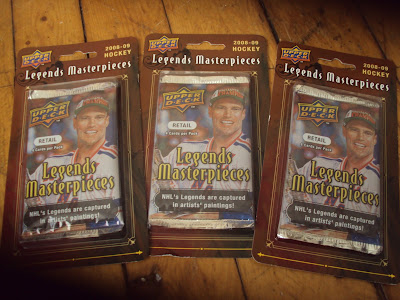 Found it a little odd how they were packaged in the plastic holders; I assume it's purpose is to make it impossible to "feel" for a ﻿memorabilia card within the packs.
The results of the pack breaks are below.
Pack no.1 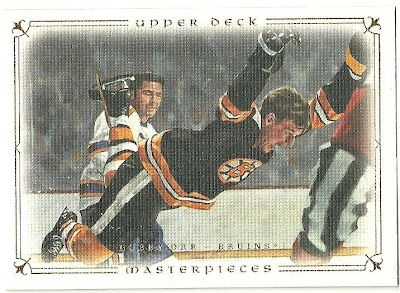 #34 - Bobby Orr.  Orr scoring "The Goal", one of the most famous goals in hockey history and one that would give Boston their first Stanley Cup since 1941.

#8 - Ron Hextall.  Interesting quote from the reverse of the card, "Hextall is probably the best goaltender I've ever played against in the NHL." - Wayne Gretzky.  I assume the portrait is from when Hextall scored his scored career goal in 1989. 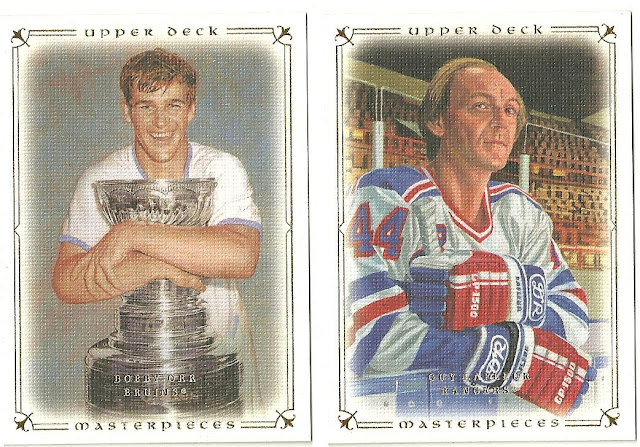 #74 - Guy Lafleur. A portrait of Lafleurs coming out of retirement and back to the NHL in a Rangers uniform. 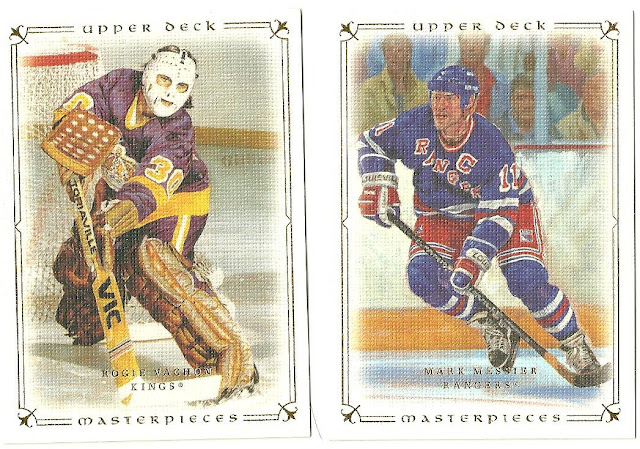 #70 - Rogie Vachon.  Very nicely done portrait. Vachon would prove that he belonged among the top goalies of his time while playing for the Los Angeles Kings. He is also the Kings all-time leading goaltender. 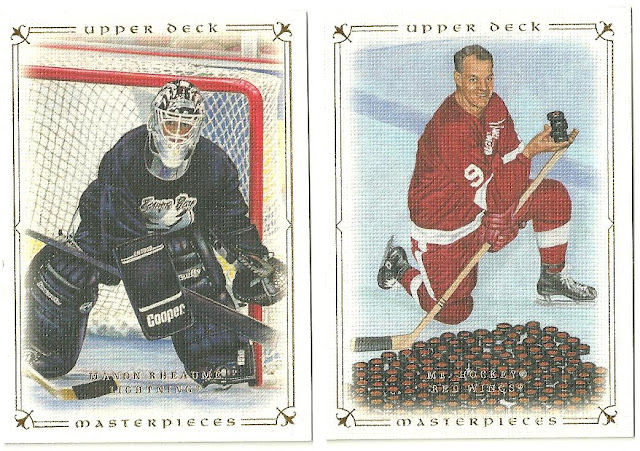 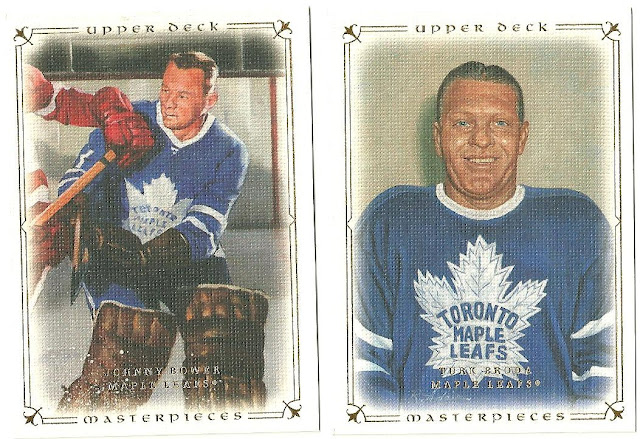 Like these cards and may choose another pack or two of these over a candy bar during my next Wal-mart escapade.
Posted by Brad at 19:05