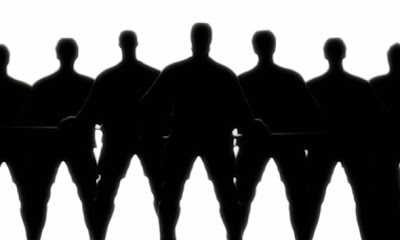 Stoked on the announcement that EA Sports were adding "NHL Legends" to NHL 12 this year.  Gretzky and Lemieux seem to be the only sure shots at the moment; but judging from the trailer and the achievements listed online, I think that we will also see Orr, Howe and Chelios in the game.  The image shows silhouetted images of seven players including one goaltender.  Leaving us guessing as to who will be in the game.  Have a gander at the trailer for yourself:
Like the past three years I'm counting down the days until the release.  I even attempted to resurrect my NHL 10 game earlier in the week (sold NHL 11 along with my Xbox last year but bought a slim about a week ago in anticipation of NHL 12), but to no avail - disc cannot be read apparently.
Anyone else excited about the release?  Anyone else have an Xbox, my username is cutyrribbon (cut-your-ribbon) so add me if you wish.
Posted by Brad at 13:41